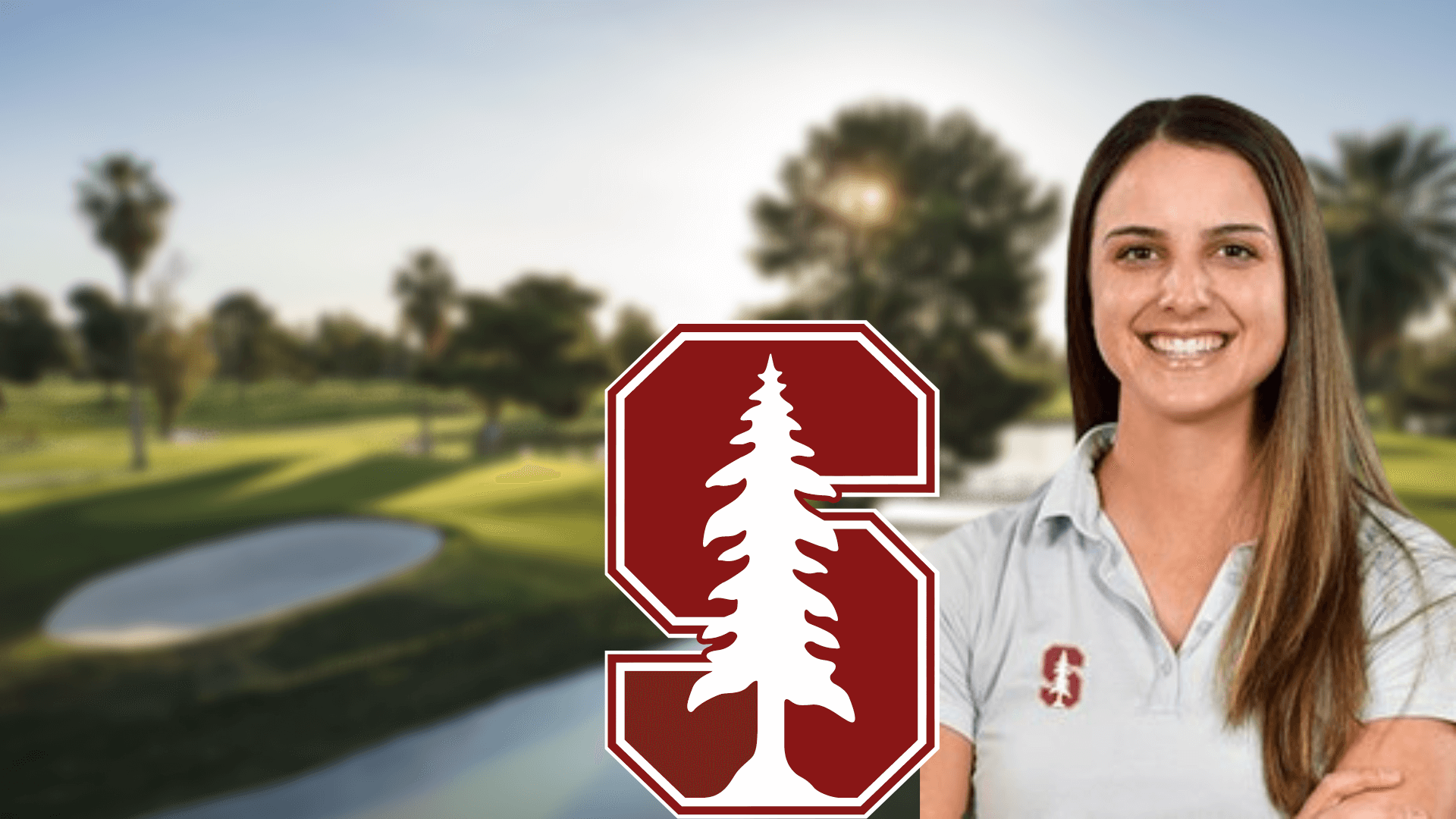 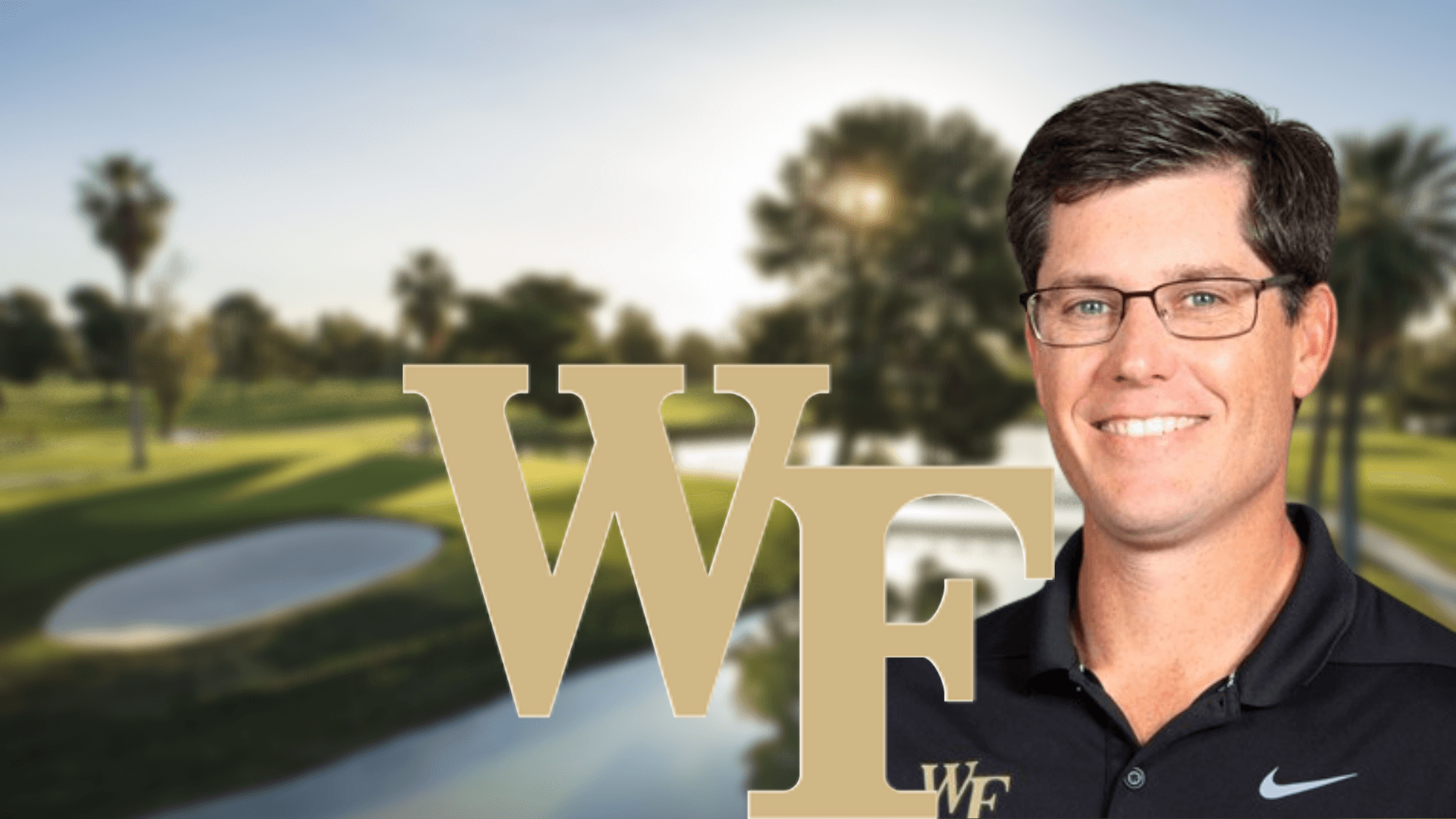 Ryan Potter has spent five seasons on the coaching staff of the Wake Forest women’s golf program, joining the program in January, 2017. After serving as an assistant coach in 2017-18, he was promoted to associate head coach in the summer of 2018.

For the first time in his career, Potter earned WGCA National Assistant Coach of the year honors in May 2022. During the 2021-22 season, Potter coached alongside ACC Coach of the Year Kim Lewellen to lead the Deacs’ to their second ACC title in four years and make an appearance at the NCAA Championships for the fourth year in a row. Including the ACC title, Wake Forest won a program-record five team titles this season and remained in the top-five of the Mizuno WGCA Coaches Poll for the entirety of the spring season.

Potter coached ACC Player of the Year Rachel Kuehn and ACC Freshman of the Year Carolina Chacarra, both of which earned WGCA All-America accolades for the 2021-22 season. Wake Forest also had a program-record four players earn All-ACC recognition at the conclusion of the 2022 spring season 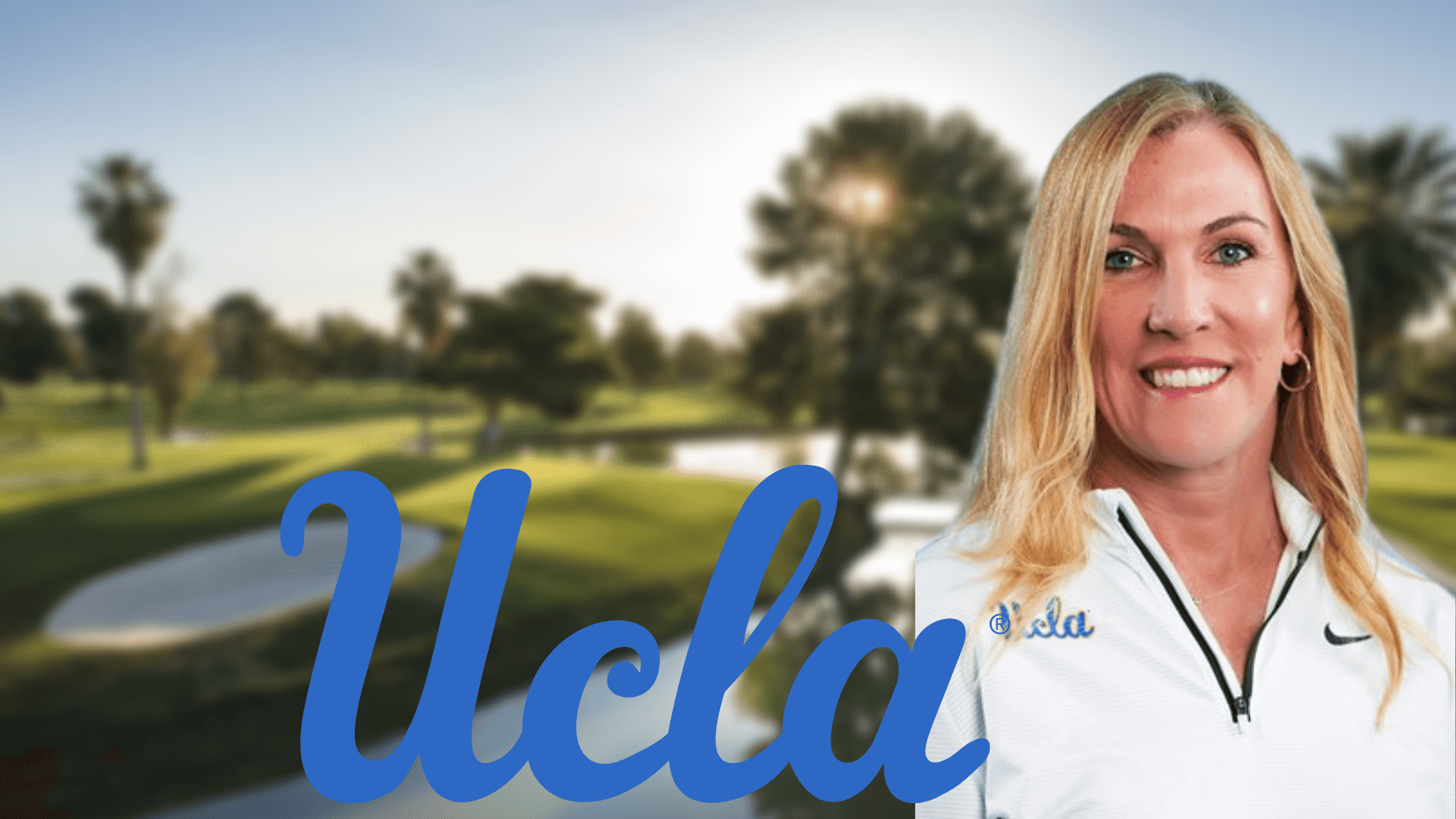 Having led the Bruins to a pair of NCAA Championships, while coaching players to 106 All-American awards and six conference Golfer of the Year accolades, Carrie Forsyth begins her 24th season leading the UCLA women’s golf program in 2022-23. 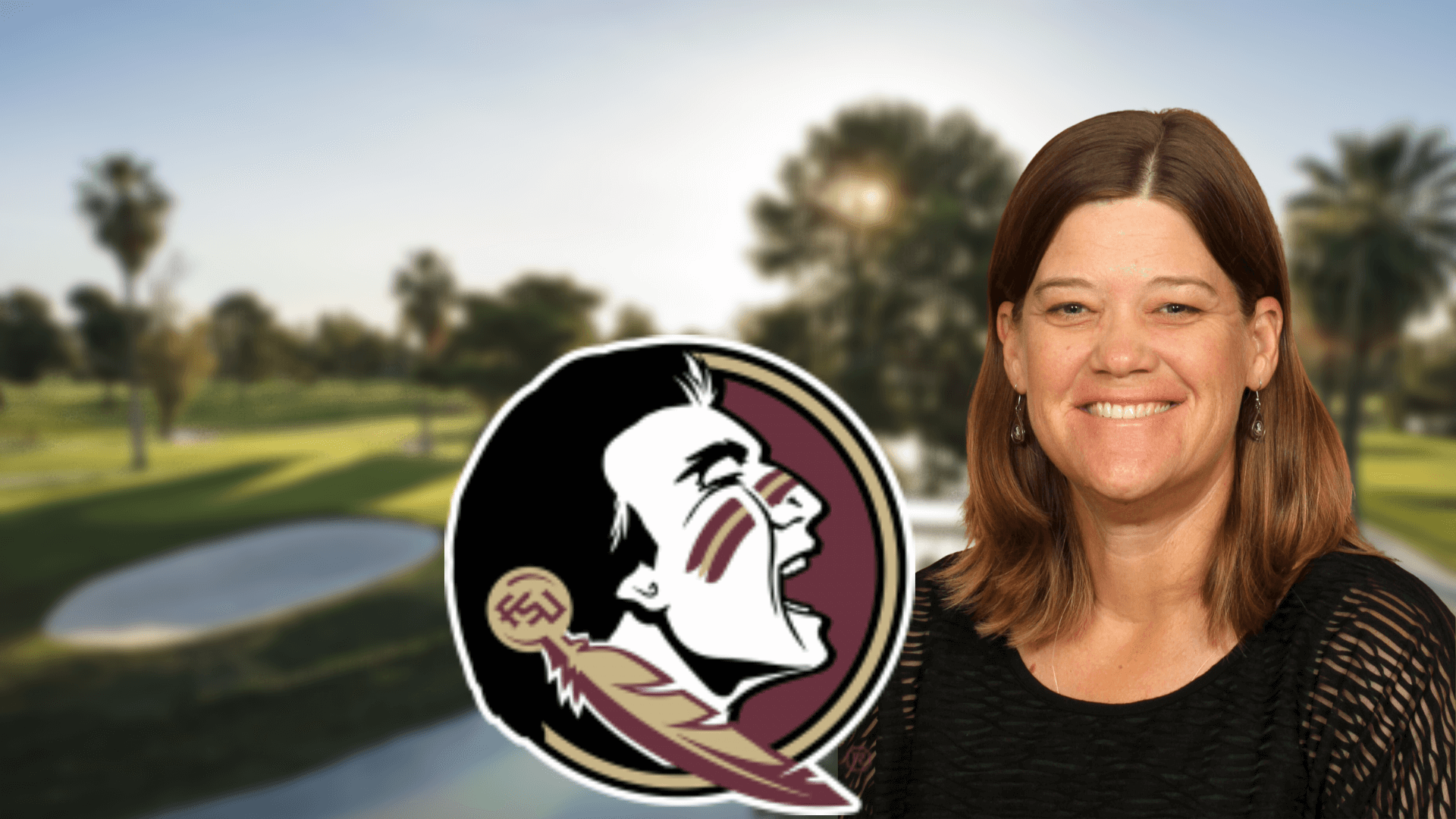 Amy Bond, the winningest coach in school history, continues to set the bar extremely high for the Florida State Women’s Golf Team and for each of her players.

Bond became the Seminoles’ all-time winningest coach in October of 2021 when she helped lead the combined Florida State men’s and women’s teams to the championship at the Inaugural Barbara Nicklaus Cup.

In the last year alone, she led the Seminoles to the nation’s No. 1 ranking, the first two NCAA Regional Championship in school history (Louisville in 2021 and Tallahassee in 2022) and to a program record ninth place finish in the NCAA Championship Finals. She also coached a First-Team All-American, the ACC Golfer of the Year, two NCAA All-Regional selections, and two All-ACC selections. 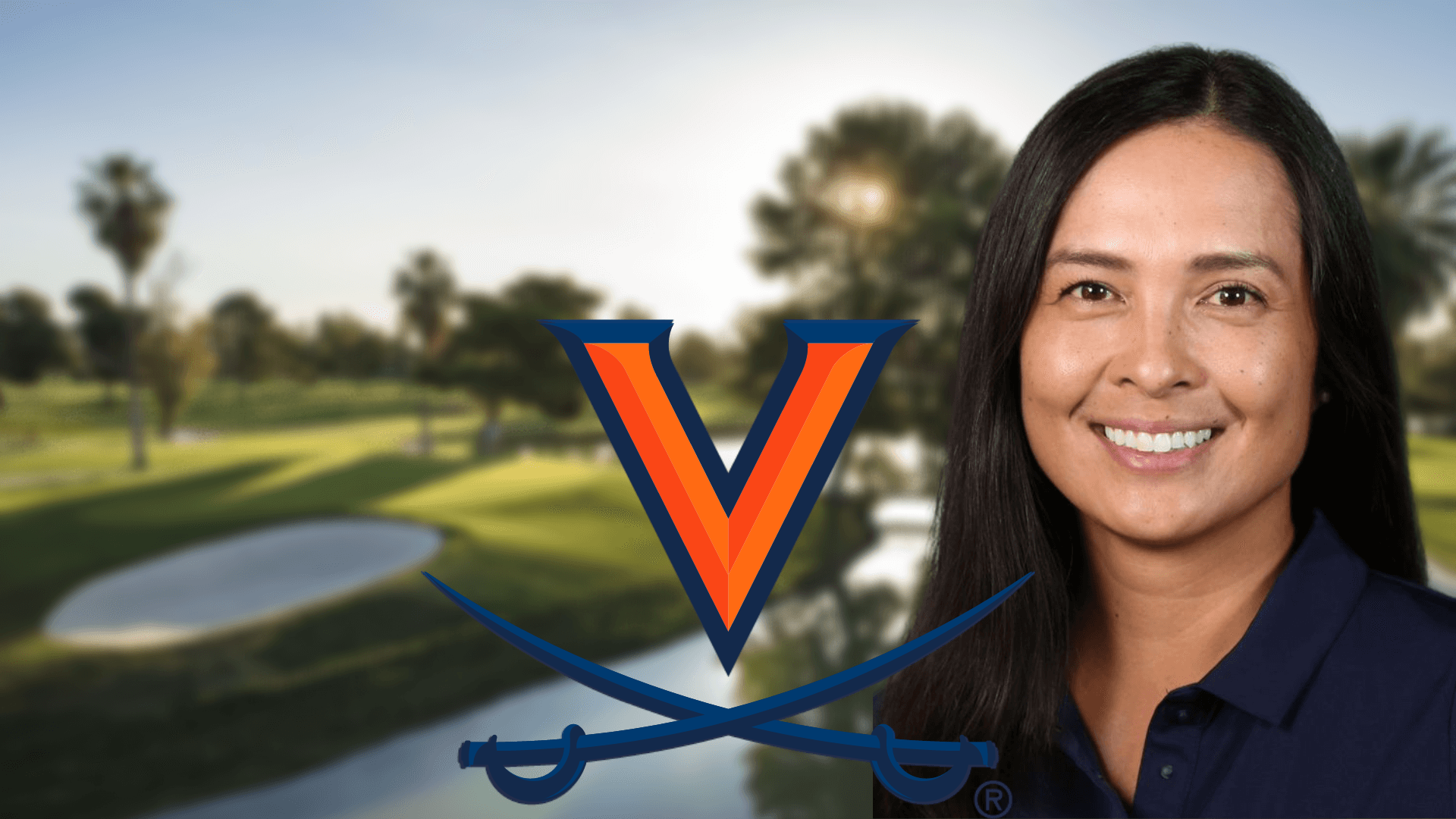 The 2022-23 season marks the fifth year Ria Scott has headed up the Virginia program. The Cavaliers are coming off a 15th-place finish at the NCAA Championships where graduate student Beth Lillie finished ninth for the second consecutive season. It marked the 16th consecutive berth to the postseason.

The Cavaliers had four runner-up finishes during the season, including the NCAA Regional in Ann Arbor. Freshman Amanda Sambach was named the state co-player of the year after setting a program record for a first-year scoring average (72.85). UVA also had another stellar year, with four players recognized as Women’s Golf Coaches Association Scholars and five players earning ACC All-Academic honors.

For the second time, she was recognized by the Virginia Sports Information Directors as the state’s women’s golf coach of the year. 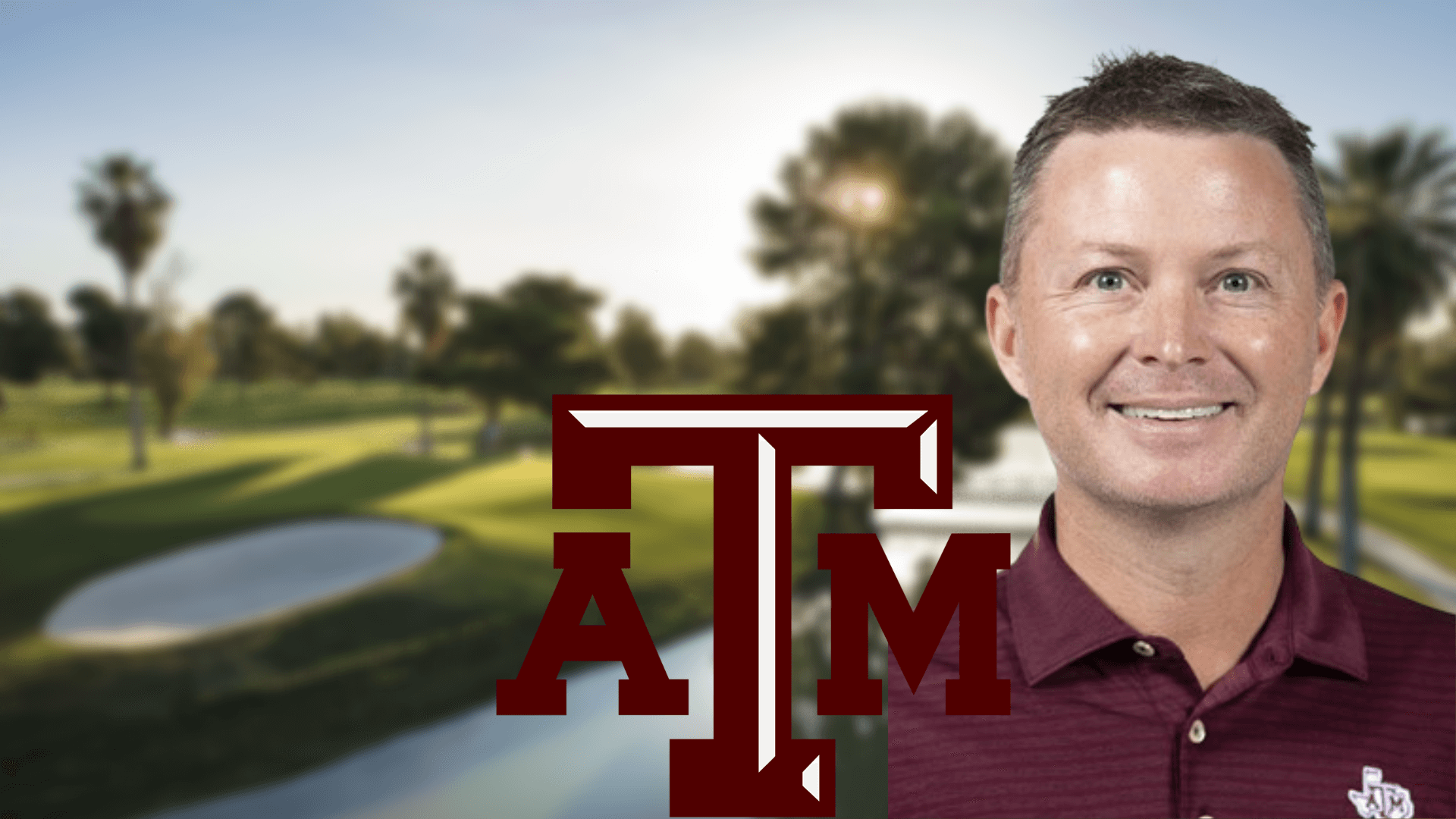 Chadwell, in his first season leading the Maroon & White, propelled the program to No. 10 in the Golfstat.com ranking after finishing No. 90 the year before his arrival. He led the team to its first ever NCAA Championships Semifinals appearance after finishing stroke play as the No. 3 seed and defeating Florida State in the quarterfinals.

In his first tournament at Texas A&M, he guided his team to a 54-hole program record 20-under 844 at the Sam Golden Invitational. The team also recorded the lowest round in the program record book, carding a 14-under 274 in the final round of the Clover Cup. The Aggies, under Chadwell’s direction, finished within the top six in every regular season tournament, marking just the third time in school history. 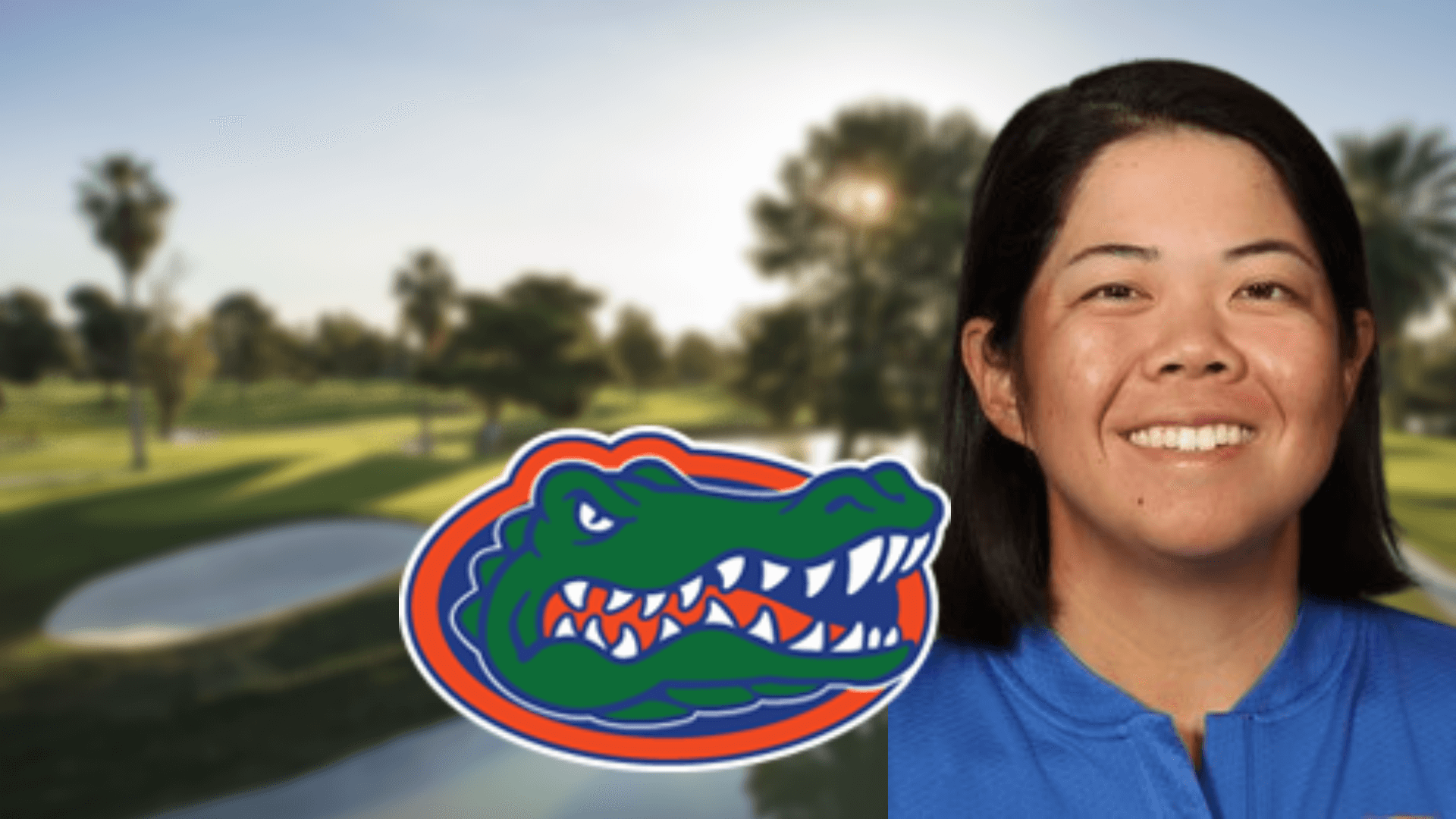 Beth Wu enters her first season as an assistant coach after joining the program prior to the 2022-23 season.

Wu begins her coaching career after spending the last three years (2020-22) on the Epson Tour. She posted four top-10 finishes, including two runner-up outings in 2021 at the Garden City Charity Classic and the Donald Ross Classic. In 2021 she finished 11th on the Epson Tour money list. Earlier this year, Wu competed at the 2022 U.S. Women’s Open at Pine Needles.

Highlights of her amateur golf career include representing Team USA at the 2016 Curtis Cup and a semifinalist performance at the 2015 U.S. Women’s Amateur. 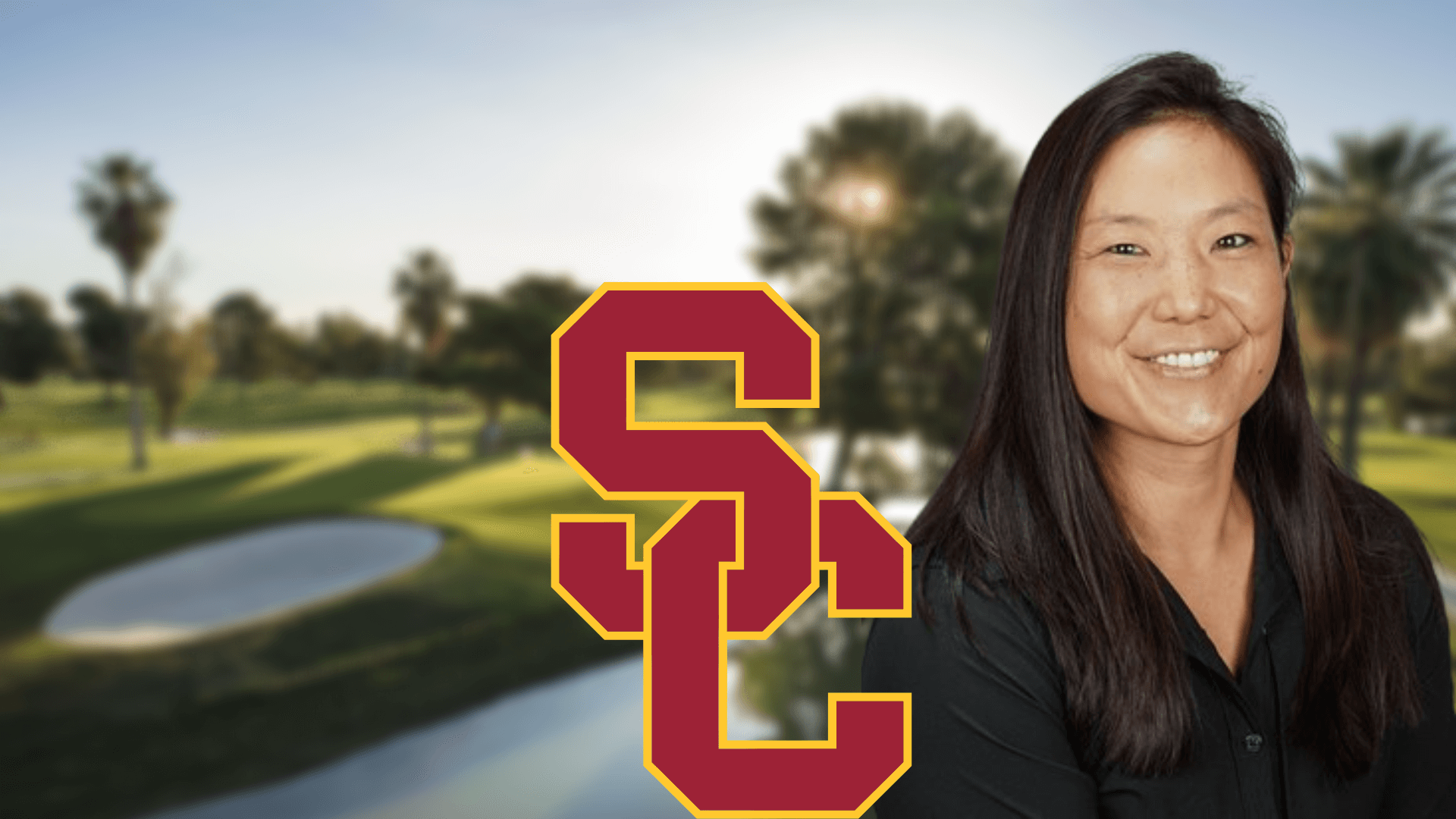 Tiffany Joh, an 11-year LPGA Tour pro and four-time NCAA All-American with collegiate coaching experience, is in her first year as an assistant coach with the USC Women’s Golf team. She was hired on June 23, 2022.

Said USC Head Coach Justin Silverstein on Joh: “We are so fired up to welcome Tiffany to the Trojan Family. Tiffany brings an incredible wealth of playing experience with over a decade on the LPGA Tour while being one of the finest collegiate/amateur golfers in the world. Her energy and passion for the game is infectious, as is her famous sense of humor, and I think that combined with her perspective on balancing academics, athletics and outside life will be extremely beneficial for our student-athletes.” 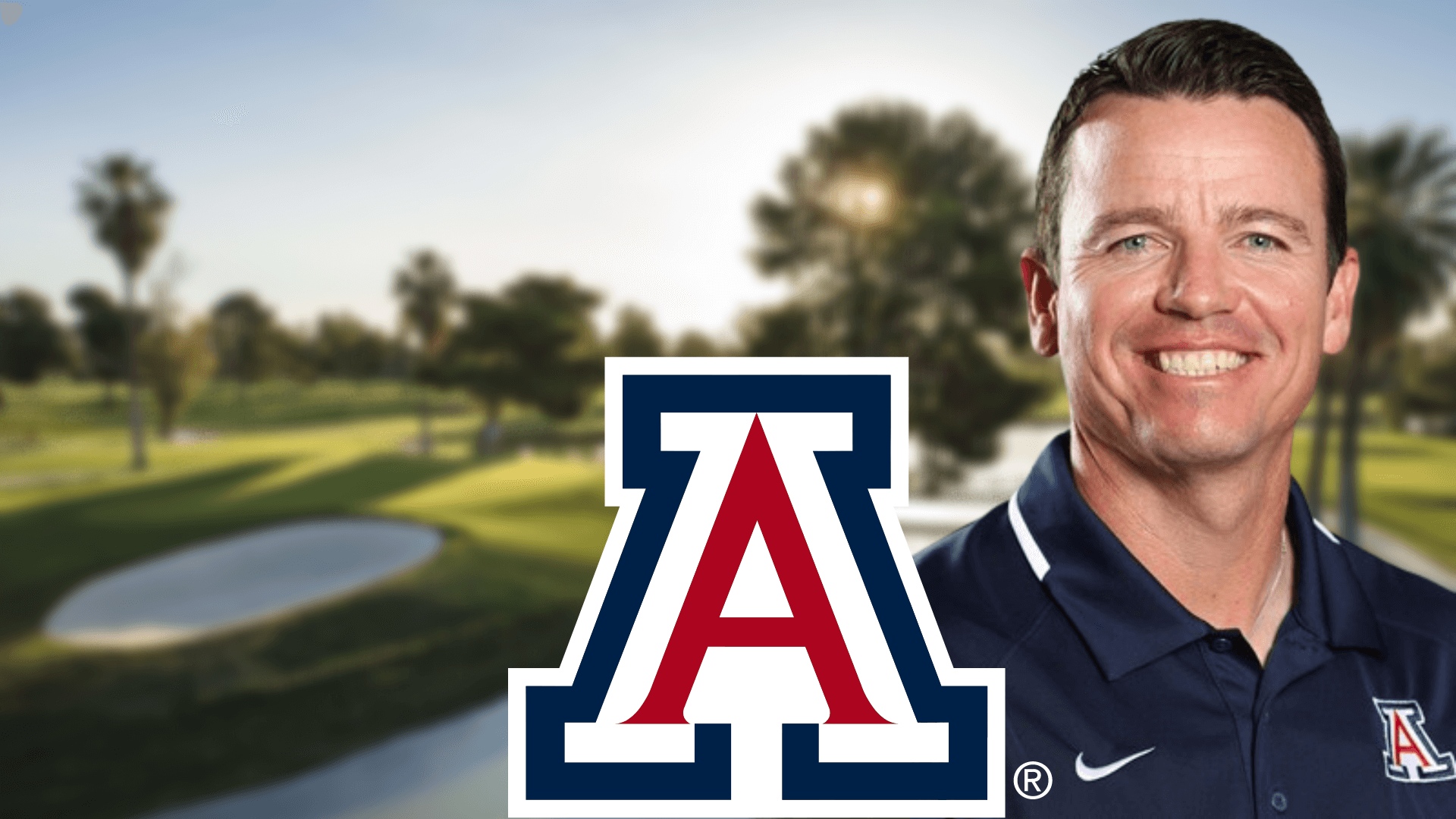 Since joining the program as assistant coach in September of 2018, Justin Bubser has helped Arizona Women’s Golf continue solidifying its place among the nation’s best programs with hallmark runs to the NCAA Championships.

The 2021-22 season saw Bubser help oversee a Wildcat team that qualified for NCAA Regionals for a 29th consecutive season despite losing the All-American sister tandem of Yu-Sang and Vivian Hou to the professional ranks in December. The youthful roster came within strokes of advancing from the NCAA Albuquerque Regional to reach the NCAA Championships for what would have been a fourth consecutive season. Freshman Carolina Melgrati earned WGCA Honorable Mention All-American and Pac-12 All-Conference Team selections in a banner collegiate debut season that also included participation in the prestigious Augusta National Women’s Amateur (ANWA).

Bubser helped guide the Wildcats to the semifinals of match play of the 2021 NCAA Championships for a second consecutive season as assistant coach. Yu-Sang Hou earned a spot on the All-Pac-12 Team with Therese Warner received honorable mention. 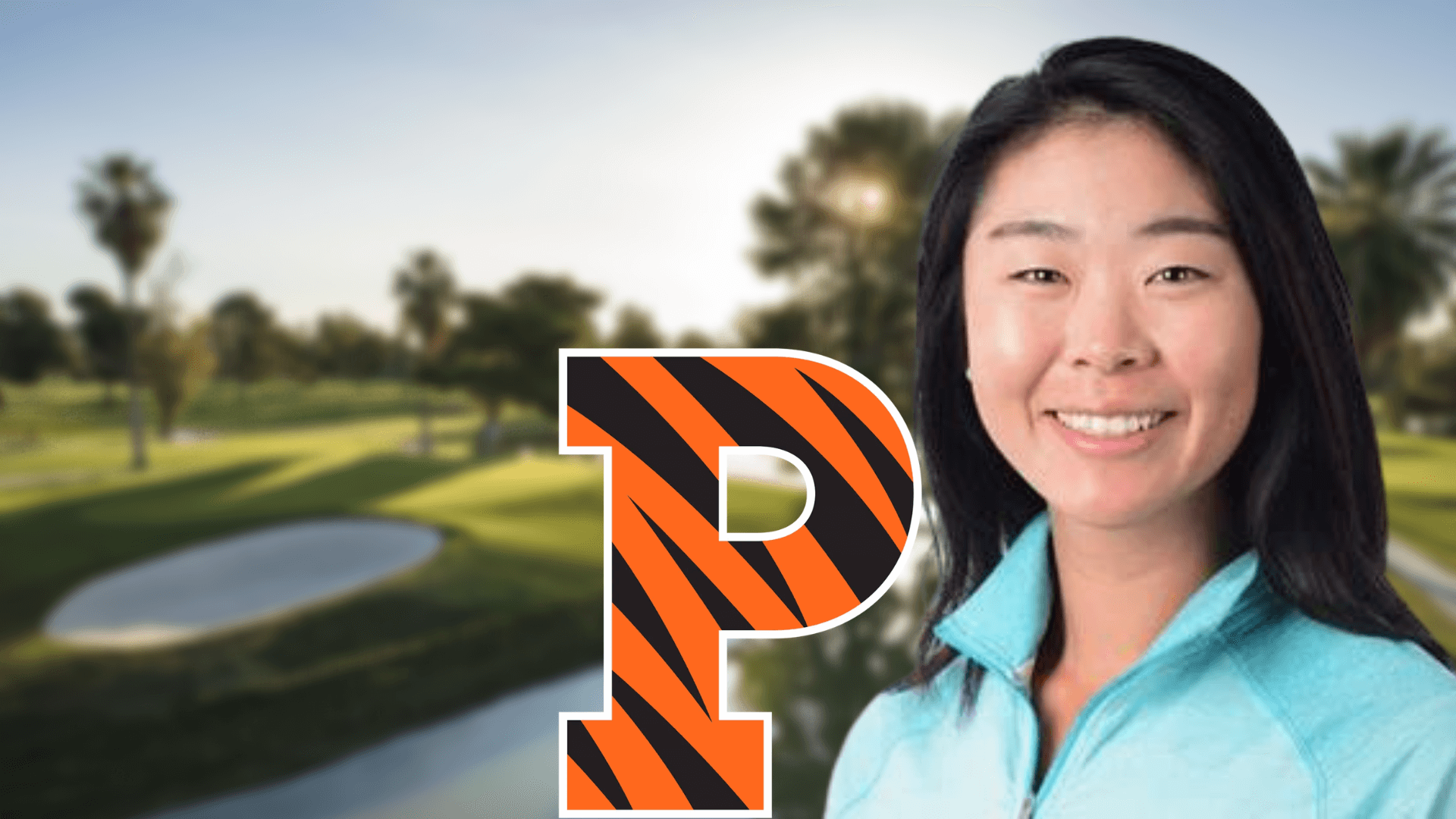 Erynne Lee, an All-American golfer during her collegiate days and who has gone on to a career on the professional tours, joined the Princeton women’s golf program as its assistant coach on Feb. 1, 2022.

“We are thrilled to welcome Erynne to our team,” Princeton head coach Erika DeSanty said upon Lee’s hiring. “Her experience competing successfully at the highest levels will continue to push and elevate our program. Beyond her competitive excellence, Erynne brings a passion for teaching and positive energy, qualities we hope for in every team member!”

Lee has competed in 26 LPGA events during her professional career. At the 2018 Bank of Hope Founders Cup at the Wildfire Golf Club in Phoenix, Ariz., Lee tied for seventh, marking her top finish to date on the LPGA circuit. On the Symetra Tour, Lee has competed in 73 events, turning in 10 top-10 finishes, including wins at the FireKeepers Casino Hotel Championship and the Donald Ross Centennial, both in 2017, and the 2016 IOA Championship. 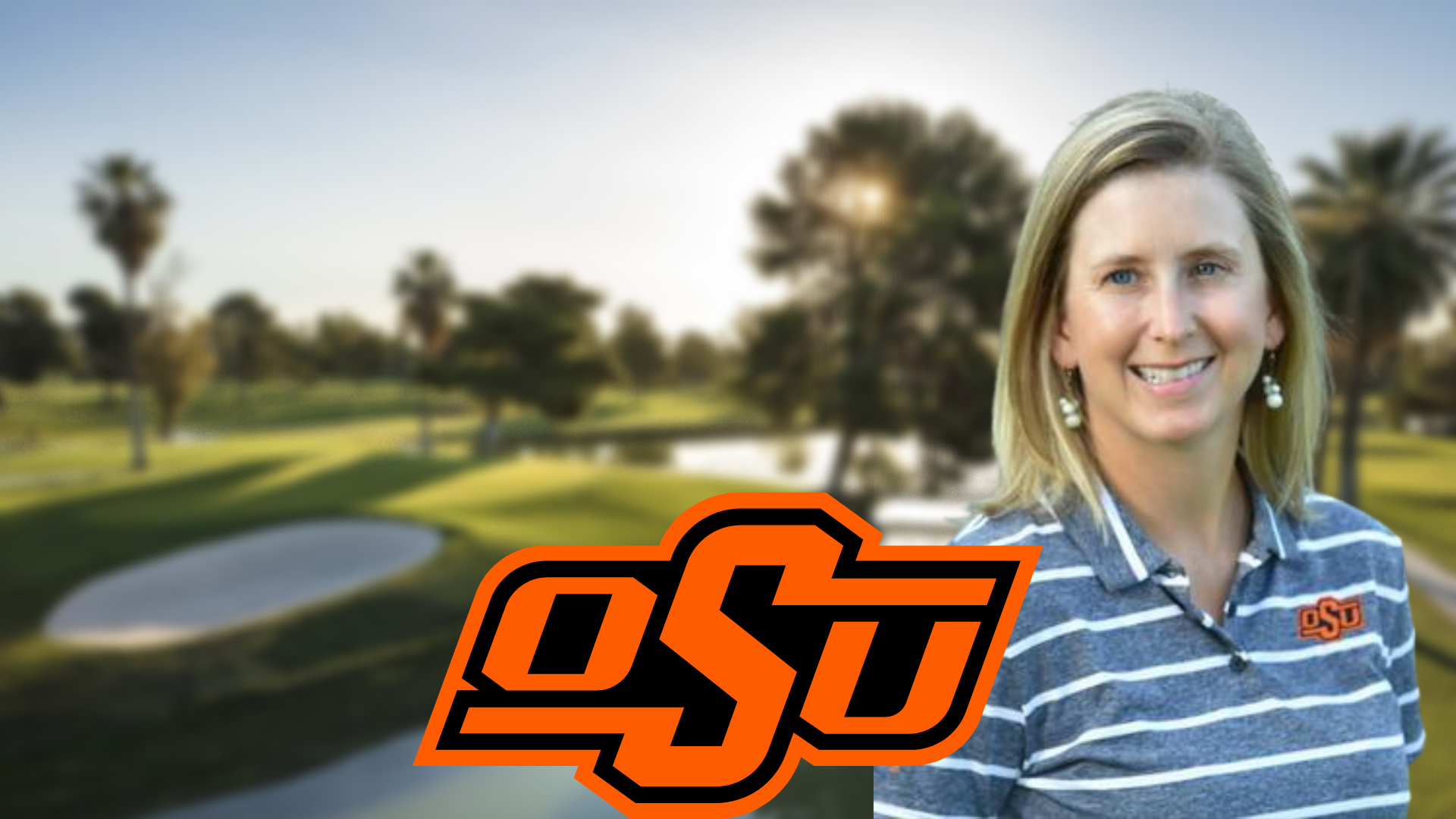 Maddi Swaney, the 2016 WGCA Assistant Coach of the Year, is in her second season as the assistant coach of the Cowgirl golf program.

Swaney spent eight season as the assistant coach at Kent State, including the last six under Greg Robertson, where she was a part of three NCAA Championship appearances, eight NCAA Regional bids, 30 tournament victories and 27 individual medalists.

In all, she has recruited and coached five All-Americans, eight conference golfers of the year, four freshmen of the year, 26 first team all-conference honorees and 25 conference all-tournament team members. She has also coached 11 different players to 29 individual titles in her career.

“I couldn’t me more thrilled to have Maddi at Oklahoma State,” Robertson said. “She’s one of the best coaches in the country and one of the hardest working individuals I know. I’m looking forward to winning championships with her here in Stillwater.” 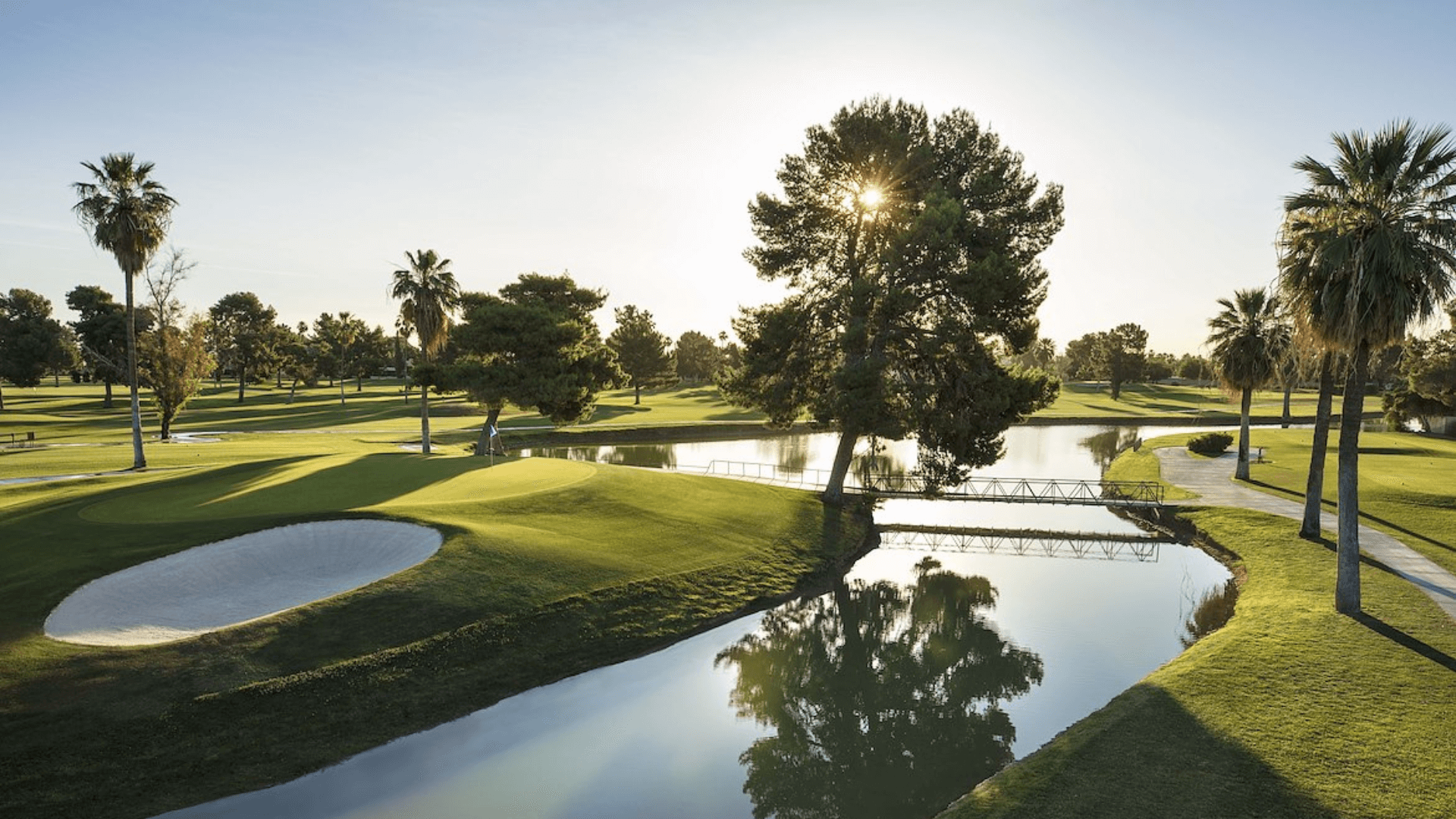 For more information on The Wigwam Resort click here.
FAQ

CGX has secured a rate of $129 per night for the camp.

The block code is COL15BOTH.

Camp concludes after the round