Players will have guaranteed 1 on 1 engagement 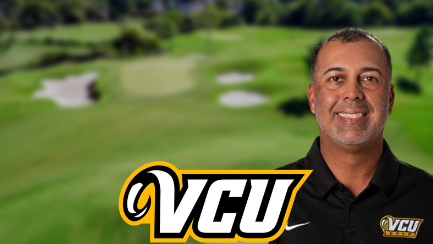 Andy Walker, a four-time National Champion as a player and coach, was named the fourth head golf coach in VCU history on June 11, 2021.

“Andy joins us at an exciting time for our program,” said VCU VP and Director of Athletics Ed McLaughlin. “We have ourselves positioned for even greater success. He created an impressive amount of success at his previous stops because he connects so well with the student-athletes and knows the game. We are excited to have him become a Ram and get to work with our team.”

Walker joined the Rams following a three-year tenure at Division II Lynn University that produced a National Championship in his first season (2019). That squad captured five tournament titles, tying for the second-most for a single-season in Lynn history and the most for a first-year coach.

Under his tutelage four student-athletes were honored as All-Americans, with two newcomers also garnering Freshman All-America recognition. Additionally, Toto Gana became the first men’s golfer in school history, and fourth overall, to be named the Sunshine State Conference Male Athlete of the Year.

Walker relocated to Boca Raton from Phoenix, Ariz., where he served as head men’s golf coach at South Mountain Community College (SMCC) from 2013-18 and as a senior staff instructor and director of player development at the Golf Channel Academy. 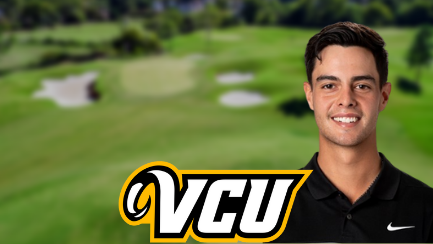 A native of Maracaibo, Venezuela, Acevedo joined Walker’s staff after serving as a graduate assistant at Arkansas State from 2019-21, where he helped lift the Red Wolves to an NCAA Regional appearance in 2021. Additionally, Arkansas State’s 2019-20 squad ranked 63rd nationally in scoring.

During his tenure, Acevedo assisted in the development of 2021 Sun Belt Conference Player of the Year and Ping All-Region selection Julien Sale, as well as All-Conference honorees Zan Luka Stirn and Luka Naglic.

Acevedo finished his collegiate career in 2017-18 at North Carolina A&T, where he recorded four top-10 finishes, including one at the MEAC Championship. He began his career at Indian Hills Community College in Iowa, where he helped the Warriors capture the 2015 NJCAA National Championship.